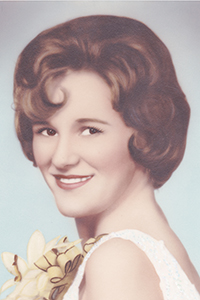 Edna Louise LaBorde, 73, who was born on April 11, 1948, in Poplarville, Miss., and was a childhood resident of Bogalusa, passed away in her home in Bush on Nov. 16, 2021. She was a homemaker for the majority of her adult life and later worked at Winn-Dixie in Ponchatoula as a seafood manager.

The family would like to thank Dr. Maury Drummond for the many years of medical care he provided to Edna, as well as Passages Hospice for the for the excellent care and support they provided for her.

Brown-McGehee Funeral Home was entrusted with final arrangements. Visitation will be held at the funeral home on Monday, Nov. 29, from 10 a.m. until time of service at noon. Interment will immediately follow at Ponemah Cemetery in Bogalusa.