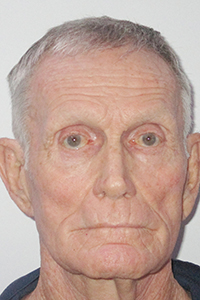 On Tuesday, a Washington Parish Sheriff’s Office patrol deputy responded to a complaint in a rural area north of Franklinton. Upon his arrival, the deputy encountered the owner of the residence who complained that his neighbor was intruding on his property and threatening him with a firearm, according to WPSO Chief Deputy Mike Haley.

Based on evidence at the scene, including eyewitness statements from the homeowners along with a photo of the neighbor trespassing on their property and aiming a rifle at one of the residents, the deputy arrested Gene Arthur White, 75, and transported him to the Washington Parish Jail, Haley said.

White, who had outstanding warrants for other offenses, was booked for aggravated assault with a firearm, criminal trespass and criminal damage to property.

“If anyone has a grievance with a neighbor, a civil conversation is always best in an attempt to resolve differences,” Washington Parish Sheriff Randy Seal said. “Intruding on a neighbor’s property and pointing a rifle is a sure sign for a negative outcome. I sincerely hope that Mr. White, who has no previous arrests in Washington Parish, will be a better neighbor in the future.”