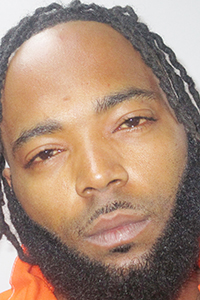 During the early morning hours Saturday, a Washington Parish Sheriff’s Office patrol deputy responded to West Old Columbia Road and Highway 430 in response to a report of an occupied vehicle sitting stationary in the roadway with no headlights.

On arriving at the scene, he encountered Carroll Yvonne Wilson, 30, a resident of Glorytown Road in Tylertown, Miss. Wilson was asleep in the car, the engine was running and the vehicle was in park, according to WPSO Chief Criminal Deputy Mike Haley.

The deputy woke the driver and removed him from the vehicle. Meanwhile, another deputy arrived to assist. After securing the driver, the deputies asked for permission to search his vehicle. Permission, laced with an obscenity, was granted, Haley said.

Deputies searched the vehicle and reportedly discovered two concealed pistols, a quantity of marijuana and two forms of candy infused with THC, which is the main psychoactive compound in cannabis. The pistols were a Taurus 9 mm semi-automatic and a Tec-9 9 mm semi-automatic.

Wilson was arrested and transported to the Washington Parish Jail, where he was booked on charges of possession of a controlled dangerous substance with weapons present, possession of tetrahydrocannabis, obstructing a public highway and failure to appear in court. He was released from jail the same day after posting a $3,550 bond.

“What a blessing that an innocent motorist did not come along and strike the stationary vehicle,” Washington Parish Sheriff Randy Seal said. “There must have been a reason he was in possession of two semi-automatic pistols, and I seriously doubt if the reason was legitimate. I applaud our deputies for responding quickly and removing a potential hazard from our roadway.”