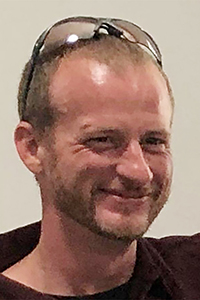 Scott Everett Spears, 40, a resident of Bogalusa, went home to be with his Lord and Savior Jesus Christ on Friday morning, Nov. 19, 2021. He canoed with the American Legion Post 313. He was an amazing person who wanted to lead God’s people to Him, and to show them that the Lord loved them as he grew to understand the Lord and his teachings. There were few things Scott loved like he loved the Lord, his wife, Buffy, LSU Tigers and New Orleans Saints football teams, and his family. We all could sit outside for hours talking about life, God, and anything and nothing all at the same time. Scott was a person who looked to the future and a man who had plans for the future but also knew that God would lead him where he needed to go and that God was in the driver’s seat on the journey we call life. Scott never met a stranger and always welcomed everyone as if they were family. He would do anything to protect his family and friends from the evils of the world.

He was preceded in death by his grandfather, Johnny Spears; grandmother, Inez Mullins, and step-grandfather, Claude Mullin; and grandparents, Alton and Mary Singletary.

A graveside funeral service will be held at 3 p.m. Wednesday, Nov. 24, in the Bible Baptist Church Cemetery (29567 Louisiana Highway 424, Franklinton), with the Rev. Eric Catha and the Rev. Harold Gaddy officiating.

In lieu of flowers, the family prefers donations to help with final expenses.