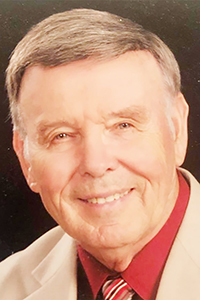 Carey graduated from Franklinton High School, Pearl River Junior College, and Southeastern Louisiana University. He served two years in the U.S. Army with 16 months spent in Korea. Carey retired after 40 years as a successful Allstate Insurance salesman. He was also a licensed real estate agent and Notary Public. Carey served on the Washington-St Tammany Electric Coop Board of Directors since May 2003.

He was an active member of First Baptist Church of Franklinton and the Fellowship Sunday School class. He is a past member of the Franklinton Jaycees, Rotary Club, and Chamber of Commerce as well as the National Wild Turkey Federation, the NRA, Washington Parish Farm Bureau, and the Washington Parish Forestry Association. He was an avid sportsman and spent all available time outdoors.

Visitation was from 11 a.m. until 2 p.m. Monday, Nov. 22, at First Baptist Church of Franklinton (903 Cleveland St.). A funeral service was held in the church at 2 p.m. Monday, Nov. 22, with Dr. Cody Warren and the Rev. Joey Miller officiating. Burial followed in Ellis Cemetery. In lieu of flowers, memorial donations may be made to the First Baptist Church bereavement committee (950 Self St., Franklinton).