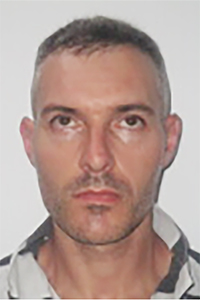 District Attorney Warren Montgomery reports that James R. Miley, 41, of Bogalusa, pleaded guilty to a weapons-related charge just prior to jury selection on Tuesday. Miley pleaded guilty to Possession of a Firearm or Carrying a Concealed Weapon by a Person Convicted of Certain Felonies.

Miley was sentenced to 12 years with the Department of Corrections by District Judge Raymond S. Childress. Miley has six prior felony convictions.

On June 9, 2020, about 1:36 p.m., deputies responded to a disturbance. Upon their arrival, the victim advised that his son, James Miley, had been drunk for three days and behaving oddly. He had become concerned about his safety when the defendant had gotten the guns out of victim’s bedroom and laid them on a chair in the house to threaten the victim.

The victim was able to sneak away to a neighbor’s house at one point to call the police. Upon arrival, deputies were allowed into the residence by the victim, and located the defendant passed out on the bathroom floor. A .22-caliber rifle was located on his bed. A long rifle and a double barrel shotgun were observed in the living room on a chair.

Montgomery would like to thank Deputies Allen Dupre and James Gregorio, who investigated the matter on behalf of the Washington Parish Sheriff’s Office, and ADA Luke Lancaster and Investigator Tommie Sorrell from the District Attorney’s Office, for their work on this case.