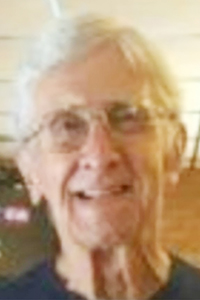 Franklin Delano “Delt” Kennedy, 87, a resident of the Stony Point community, died early Sunday morning, Nov. 7, 2021, at Good Samaritan Living Center after a lengthy illness. He served his country as a Military Policeman with the U.S. Army and was a longtime member of Stony Point Missionary Baptist Church. Delt worked off-shore for 16 years and also operated a dairy farm for many years. His passion was antiques. He and his wife traveled all over the country looking for antiques as well as setting up at trade shows where they bought and sold their unique items. Delt made countless friends at these shows and the many places they visited. He loved working in his yard, always keeping it clean and beautiful. Delt enjoyed cutting and collecting firewood and going out to eat. He was a man that loved life and he could always find the positive in any situation.

Visitation was at Crain Funeral Home on Tuesday, Nov. 9, from 9 a.m. until 11 a.m. A funeral service was held in the funeral home chapel at 11 a.m. Tuesday, Nov. 9, with Eld. Everette Broome officiating. Burial followed in the Stony Point Church Cemetery.