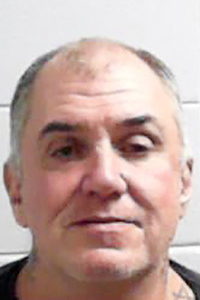 On Tuesday, Nov. 2, Steven L. Crenshaw, a Bogalusa resident, escaped from the Morehouse Detention Center, where he was serving a sentence for felony drug and weapons possession.

Being familiar with Crenshaw from past incidents, the Bogalusa Police Department Violent Crimes Task Force began a search for him the following morning. On Wednesday evening, Task Force Officers located Crenshaw at his residence on Robertson Street. He was arrested without incident and booked into the Bogalusa City Jail as a fugitive. He will be returned to the Department of Corrections and will face a charge of simple escape.

Crenshaw has been arrested by the Bogalusa Police Department 16 times since 2000 on a variety of charges.

BPD officials noted that Crenshaw fits the definition of a violent career criminal, and the task force officers are to be commended for their quick apprehension of this dangerous felon.