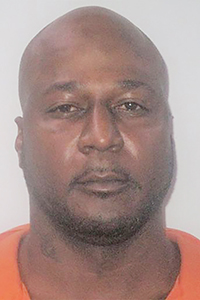 On Friday, Washington Parish Sheriff’s Office corrections deputies arrested Quantrell Kjuan Porter, 44, a resident of Bund Street in Bogalusa when he is not jailed, on a fugitive warrant from St. Martin Parish.

On Friday, jail deputies arrested him on the fugitive warrant in addition to two counts of contempt of court and failure to pay a court-assessed fine, Haley said.

“Mr. Porter has been an active participant in criminal activity,” Washington Parish Sheriff Randy Seal said. “In addition to his numerous Washington Parish arrests, it seems he has also been arrested in St. Martin Parish. He seems to have mastered the art of ignoring court orders and failing to appear in court. When our court system is finally finished with him, we will be glad to hold him for the St. Martin Parish Sheriff’s Office.”