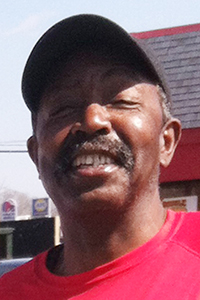 Stanley Oless Burkhalter was born to the late Modez and Virginia Dyson Burkhalter on June 8, 1953, in Bogalusa. He departed his life at Riverside Medical Center on Oct. 6, 2021. He received his education in the Washington Parish School System. He joined Sweet Rest Baptist Church at an early age. Stanley loved to work outdoors and worked as a landscaper for many years.

Stanley leaves to cherish his memories: two brothers, John Edward Burkhalter of Franklinton, and Jewel Bernard (Tina) Buckhalter of Clay Center, Neb.; three sisters, Patricia Ann Burkhalter and Aurelia Denise Burkhalter of Clay Center, and Ida (Greg) Brumfield Holmes of Houston, Texas; his nieces and nephews who were like his children since he never had his own — one niece, Shermanda (Laron) Brumfield of Hattiesburg, Miss., and four nephews, Sherman (Nechell) Brumfield of Hammond, Joshua (Jamie) Brumfield of Spring, Texas, Fernando (Sabrina) Fox of Franklinton, and Broddrick (Jenifer) Dillon of Aurora, Neb. He had four great-nieces, six great-nephews and a host of other relatives and friends who were dear to his heart.

He was preceded in death by his parents, Modez and Virginia Burkhalter; and his brother-in-law, Sherman Brumfield Sr.

A memorial service will be held at a later date. Crain and Sons Funeral Home is in charge of arrangements.