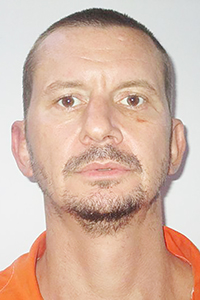 WPSO Chief Criminal Deputy Mike Haley said that the murder investigation began Monday, Oct. 11, when a WPSO lieutenant responded to a report of a burned vehicle on Monroe Creek Road. Upon arrival at the scene, the officer discovered a severely burned and unidentifiable body adjacent to the burned vehicle and summoned detectives who assumed control of the investigation. The victim’s body was transported to the St. Tammany Parish Coroner’s Office for an autopsy. As the investigation continues, it is anticipated that identification of the victim, as well as motive for the crime, will be forthcoming, Haley said.

The investigation carried detectives throughout Washington Parish and into neighboring Marion and Walthall Counties in Mississippi. Seals was identified early on as a suspect and detectives were able to gather sufficient evidence to formally charge him with the crime.

Haley said that Seals is no stranger to the Washington Parish Jail, having been arrested in Washington Parish numerous times beginning with a 2007 arrest for aggravated assault and simple battery. He was arrested again later in 2007 on charges of false imprisonment, domestic violence, battery and unauthorized entry into a place of business. In 2008, he was arrested and charged with aggravated battery and failure to appear in court. Later in 2008, he was arrested again on a fugitive warrant from East Baton Rouge Parish.

He was arrested twice in 2010. His first arrest was for theft of a firearm and three counts of failure to appear in court. The second arrest was for violation of the terms of his probation. In 2011, he was arrested and charged with distribution of illegal drugs, simple battery, obstruction of justice and disturbing the peace.

Seals next arrest in Washington Parish was in 2016 on charges of home invasion, aggravated assault, criminal damage to property and failure to appear in court. He was returned to jail by the court on two occasions in 2017 and now faces current charges, including the murder charge.

“I offer my sincere appreciation to our detectives for their thorough investigation of this heinous crime,” Washington Parish Sheriff Randy Seal said. “I’m also grateful to the office of the Louisiana State Fire Marshal and both the Marion County and Walthall County officers who provided assistance.” 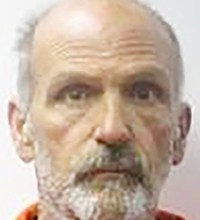