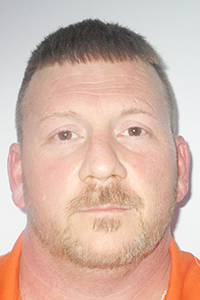 On Thursday, while responding to a complaint of a disturbance from a parish elementary school, a Washington Parish Sheriff’s Office deputy encountered Seth Brown, 41, who gave a Des Allemands address. Brown was arrested and booked into the Washington Parish Jail on charges of terrorizing, criminal trespass, assault, resisting an officer, disturbing the peace with loud and abusive language and three counts of public intimidation. He was also booked on an outstanding warrant for failure to appear in court.

WPSO Chief Deputy Mike Haley said that the incident began when Brown, the parent of a student, refused to comply with school rules involving proper procedure for dropping his child off at school. After aggressively confronting the assistant principal the previous day, Brown was banned from school property, although he returned the following day, Haley said.

In the presence of the deputy on Thursday, a belligerent Brown, cursing and yelling, reportedly stated that the school “won’t control me.” Haley said that Brown then resisted arrest before being restrained by the deputy. Two other deputies responded to the scene, but no use of force was necessary.

“The prevailing issue is the protection of all children at any school,” Washington Parish Sheriff Randy Seal said. “School must be a safe place for all students, as well as staff. Mr. Brown made the unwise decision to create disturbances at the school and this will not be tolerated.

“I congratulate school officials for their management of this issue and commend our deputies for diffusing what could have developed into a worse scenario.”