Funt: SNL’s Biden is not funny 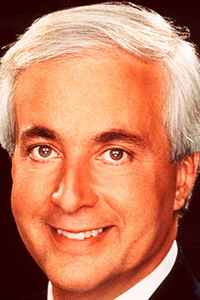 Whatever problems the real Joe Biden faces with polls and policies, they pale in comparison to what fake Joe Biden characters are suffering on “Saturday Night Live.”

When the NBC series returned for its 47th season, a new cast member named James Austin Johnson took a crack at portraying Biden. His performance, to be diplomatic, was not very good. A hairpiece and a raspy voice does not a persuasive parody make.

SNL can’t seem to solve its Biden problem. That’s mystifying considering that the series helped invent the genre of mocking sitting presidents back in 1975. That was the year President Gerald Ford slipped on the steps of Air Force One, leading to Chevy Chase’s memorable depiction of Ford, an accomplished college athlete and by no means a klutz, as a bumbler and stumbler. It branded Ford and helped dash his chances against Jimmy Carter the following year.

Every president since Ford has received the SNL treatment, but a Biden character hasn’t clicked. Indeed, the show went 255 days without portraying the current president in an opening sketch — an unprecedented lapse, suggesting that either the show can’t cast a proper President Biden, or its producers don’t know how far to go in lampooning him at a time when the nation is beset by political division.

“Broadway’s back, and that’s exciting, right?” said Johnson’s Biden. “so is the Taliban. Win some, lose some.”

The shortfall in humor was made worse by the fact that Johnson didn’t look or sound the part. In Chevy Chase’s day that hardly mattered, but more recent television impersonators have used heavy makeup and facial appliances to capture a president’s appearance, and the best of them have nailed aspects of mannerism and speech.

This reached a zenith with Donald Trump, the most imitated sitting president since the entire exercise began in 1962, with the impersonation of John F. Kennedy by the comedian Vaughn Meader. Prior to Meader’s smash record album, “The First Family,” sitting presidents were rarely imitated. After all, until the late 1920s, few Americans could even recognize the sound of their president’s voice.

When Joe Biden was vice president, SNL featured a slick imitation by Jason Sudeikis. During Biden’s presidential run Woody Harrelson took a turn, with a toothy, straight-from-the-headlines portrayal, followed by Jim Carrey’s controversial effort. Some felt Carrey, while funny, was unconvincing. A few commentators went so far as to suggest that the Carrey character was dangerous because it could hurt Biden’s chances.

After the election, Jim Carrey disappeared from SNL, as did almost any attempt to portray President Biden. Cast member Alex Moffat took a brief and forgettable turn, and that was it until Mr. Johnson turned up to start the current season.

Arguably, SNL’s most successful presidential performance was Dana Carvey’s George H. W. Bush. As with his other characters, Carvey identified unique speech patterns and exaggerated them. But here’s the deal: Carvey now does Joe Biden better than anyone, as can be glimpsed on his guest shots with Stephen Colbert. Why doesn’t SNL pay him whatever he wants to take over the role?

Last March, President Biden stumbled on the steps of Air Force One. We know what Chevy Chase and the original SNL writers would have done with that, but the current group didn’t deem it worthy of a sketch. In its pale effort to mock the sitting president, SNL has been stumbling ever since.

Flowers: Don’t blame one bad seed for all

Breland: God’s beauty and peace in the mountains