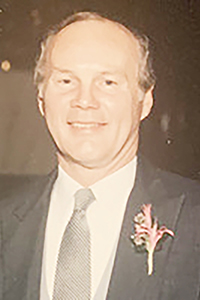 Hugh Edward Cassidy Jr., a native of Bogalusa and resident of Mandeville, passed away peacefully at St. Anthony’s Gardens on Oct. 2, 2021. He was a graduate of Bogalusa High School and Louisiana State University, where he earned a B.S. in Business Administration. After college, Ed served his country in the U.S. Navy Reserve, then worked in the family business, Bogalusa Oil Company, for 42 years. Ed also served as President and a Member of the Board of Directors of Citizens Savings and Loan for over 20 years. Ed also served as a football official for the LSHSAA and the Southeastern Conference for over 25 years. He was a member of Annunciation Catholic Church and later Mary Queen of Peace Church in Mandeville. He was a long-time member and Past President of the Bogalusa Rotary Club, the Knights of Columbus and the “L” Club — an organization made up of past LSU Varsity Athletes.

Visitation will be held at Annunciation Catholic Church on Thursday, Oct. 7, from 11 a.m. until noon with a funeral Mass at noon with the Rev. Father Daniel Brouillette officiating. Interment will follow at Ponemah Cemetery.

In lieu of flowers, the family has requested donations be made to the Dementia Society of America (www.dementiasociety.org).