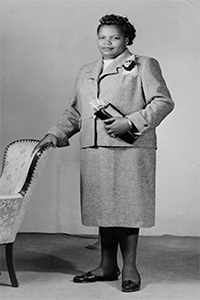 Cathernell Wilson Tillman died Wednesday, Sept. 15, 2021, at the age of 88 years old. She was a resident of Angie for over 30 years and formerly a New Orleans resident for 50 years. She was born to the late McCoy Sr. and Savannah Attical Wilson on Sept. 1, 1933, in Angie. She retired in the 90s from the Provident House as a caregiver. She was a loving and devoted wife to her husband, Albert Junior Tillman and their five children. Cathernell grew up in Angie, and lived on a farm with her family. Along with her brothers and sisters, they were taught to be good and hardworking by their parents. She was the best mother and grandmother that we could have asked for! She was a special lady and it showed in her friendships that lasted many decades while still making new friendships. She will truly be missed!

A virtual Memorial Service will be held via Zoom on Sunday, Oct. 3, at 2 p.m. Interment will be private.