Teenagers in custody after Franklinton shooting 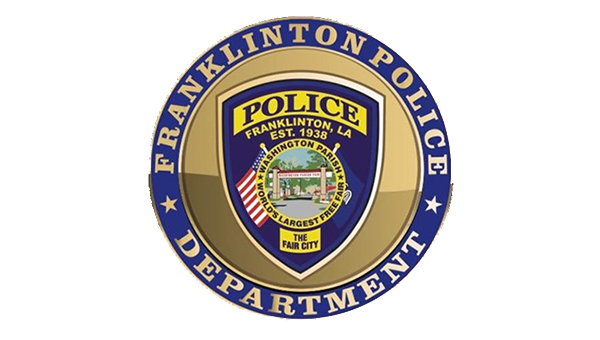 On Wednesday, Sept. 22, at approximately 1:51 p.m., the Franklinton Police Department responded to the Fairground Apartments located at 1129 Parker St. in reference to multiple gunshots. This was the third such incident received at this location in a matter of a few months.

Upon arrival, officers were alerted to a subject believed to be involved in the shooting. The subject was detained and subsequently found to be in possession of approximately 25 grams of marijuana and a stolen handgun. Although not believed to be the actual shooter in this incident, the 15-year-old juvenile was wearing an ankle monitor from a previous armed robbery. The juvenile was remanded to Florida Parish Detention Center and his probation was revoked.

On Thursday, Sept. 23, at approximately 11:40 p.m., after working exhaustively to locate the shooter in the aforementioned case, detectives located their suspect at a residence just outside of town. After a brief standoff where the suspect barricaded himself in the residence, officers were able to take him into custody without incident.

Both of these juveniles pose a serious threat to the community and have been given more than enough opportunity to correct their behavior. It’s obvious they have chosen to continue their criminal activity, without regard for human decency and public safety.

Once again, they will be spending some time at the Florida Parish Detention Center. Hopefully, the public will receive some reprieve and they will remain there for an extended period of time. Our town is beyond tired of this senseless and repetitive criminal activity; recidivism in criminals shouldn’t be tolerated.

This article was written by Justin Brown, who is the Franklinton chief of police.