Mayor, DA, others encourage public to use ‘Crimestoppers,’ tip lines 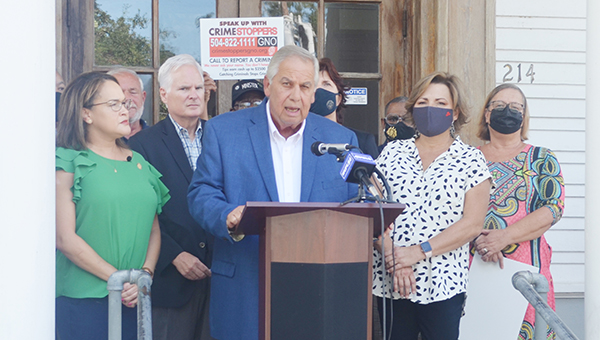 Dozens of law enforcement officials, government representatives and other community shareholders came together Tuesday afternoon to express their concerns about the recent trend of shootings and other violence in Washington Parish.

Bogalusa Mayor Wendy Perrette was among the speakers at a press conference held in front of Bogalusa City Hall.

“The recent surge in violent crime that threatens the way of life in the city of Bogalusa is a problem that will not be tolerated,” she said. “Rest assured that every effort is currently being made to effectively curtail the scourge of drug activity and crime in Bogalusa.”

Perrette also noted that cooperation from the public can be a large help in fighting the crime problem. She encouraged citizens to contact law enforcement agencies if they ever have information that could be helpful toward the solving of a crime. Tips can be left anonymously.

She also suggested that citizens can use the non-profit agency, Crimestoppers GNO (Greater New Orleans), if they are worried about even more anonymity.

Crimestoppers will never ask for a citizen’s name, and those who give tips will not be asked to testify. In addition, sometimes tips can earn cash rewards of up to $2,500.

“Those giving information will remain anonymous, and you just may be the break that is needed to bring to justice those who have until now acted with impunity because of the fear they invoke.”

Parish President Richard “Ned” Thomas Jr. also spoke Tuesday, noting that he has children and grandchildren and can’t “imagine the pain” of losing a loved one to violence or a life of crime.

“We have got to stand up and work together,” he said. “This is ‘D-Day’ for violent crime in Bogalusa.” 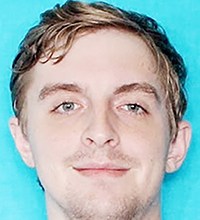