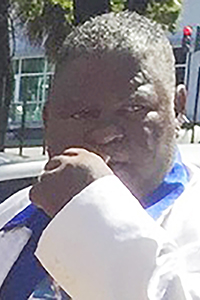 Larry Oneal Newkirk was called home by the angel of the land on Monday, Sept. 13, 2021. Larry was born on June 18, 1960, to Willie Mae Newkirk and the late Larry Charles Allen in Bogalusa.

Larry worked for various jobs. He started with pulpwood with his step-dad, Authur “Dee” Walls, and was even self-employed with his Log Trucks and equipment under Ryals Timber Company. In 1997, after receiving his CDL License from Costal Driving Academy, Larry worked at Easterling Trucking, Candace Escavating, Bogalusa Concrete, Creel Trucking, and IED/ Ridgeback Trucking as a truck driver over the years before retiring.

Larry was the life of the party with his own unique personality. He became known for his most memorable phrase, “They lied on ME.” If Larry was present, there were never any dull moments.

He was preceded in death by his father, Larry Charles Allen; a sister, Demetris Newkirk Whaley; a brother, Leroy Walls; grandparents, Frank B. and Rosa Newkirk and Noah and Bert Wheeler; an uncle, Jerry Newkirk; an aunt, Betty J. Newkirk; and godparents, Ovet and Carrie Lewis.

A drive-through viewing was Thursday, Sept. 23, from 4 p.m. until 6 p.m. at Crain and Sons Funeral Home.

Crain and Sons Funeral Home of Bogalusa was in charge of arrangements.