Rapper with Bogalusa ties arrested in connection with murder 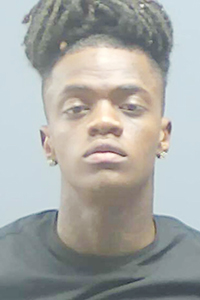 A rapper with ties to the Bogalusa area was recently arrested in connection with a murder that took place a little more than a year ago in Tangipahoa Parish.

According to media reports, Javorius Scott, 23, a native of Bogalusa, was arrested and booked into the Tangipahoa Parish Jail in Amite on Thursday, Sept. 16, and released on a $175,000 bond Monday. Scott, who is known in the music world as the rapper “JaDaYoungan,” was charged with accessory to second-degree murder and obstruction of justice.

The shooting occurred Aug. 8, 2020, around 7:30 p.m. on Vernon Town Road in the town of Roseland, where a crowd of around 100 people had gathered before multiple gunmen opened fire. The gathering was reportedly part of a trail ride.

Zion Hutcherson, 21, was killed in the shooting, but officials do not believe she was the target of the shooting, and was instead killed by a stray bullet. Two other people were injured, but survived.

Investigators believe the incident began when members of two gangs, “La Familia” and “Purple City Boys,” started shooting at each other.

Law enforcement officials did not offer immediate details on the role that Scott might have played in the incident.

Scott has previous arrests. In February of 2020, he was arrested after reportedly hitting a pregnant woman who had been hiding in an attic in Harris County, Texas, according to police. Deputies in Cobb County, Ga., also arrested Scott in October of 2020, after he allegedly punched and grabbed another woman.

He was also arrested on drug charges in May of 2019, in Gadsden County, Fla.

Scott had recently signed a distribution deal with Atlantic Records and has more than 2.5 million followers on Instagram.