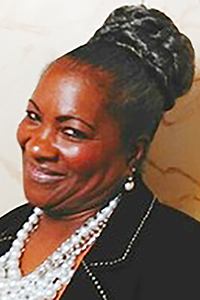 Judy Y. Brumfield, of Hammond, passed away on Monday, Sept. 13, 2021, at Baton Rouge General, Midcity Campus. Judy was born in Chicago, Ill., on Feb. 5, 1962, to Gerald L. Brumfield and Jaylee Allen. She was a graduate of Mt. Hermon High School and worked many years in various positions as a Certified Nursing Assistant. Many people do not know that she was the founder and owner of Yolonda’s Cleaning Service; she truly enjoyed working for her clientele.

Judy was a member of Agape Worship Center in Summit, Miss., until her sudden death. She loved to praise and worship the Lord. Though she considered herself no singer, her favorite song was “Jesus is real to me.”

She was preceded in death by her mother, Gerald L. Brumfield; her father, Jaylee Allen; a sister, Crystal L. Stanford; and her grandparents.

There will be a drive-through viewing on Friday, Sept. 24, from 4 p.m. until 6 p.m. at Crain and Sons Funeral Home in Franklinton.

The funeral service will be on Saturday, Sept. 25, at noon at Agape Worship Center, located at 1164 Old Brookhaven Road in Summit.