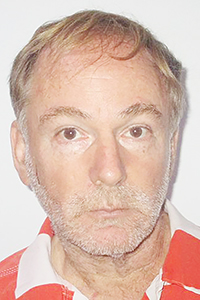 On Sunday, Washington Parish Sheriff’s Office deputies responded to a complaint from electric utility workers that an individual was interfering with their work by attempting to close high voltage fuses on overhead electric lines, according to WPSO officials.

The man’s actions were reportedly jeopardizing the safety of linemen in the area as well as his own safety.

Deputies located Billy R. Crain, 60, a resident of Louisiana Highway 436. As the officers and a foreman for the utility company attempted to explain to him that his actions were impairing their work and creating a dangerous situation, Crain reportedly became belligerent and refused to comply with the deputies’ instructions. He physically resisted, but was subdued, restrained and placed under arrest, WPSO officials said.

Crain was booked into the Washington Parish Jail on charges of unauthorized entry of a critical infrastructure, criminal mischief, resisting an officer and three counts of public intimidation.

“Such behavior is not only foolish, but also dangerous,” Washington Parish Sheriff Randy Seal said. “While electrical linemen are working hard to restore electricity to parish residences, the last thing they need is an amateur interfering with their work and creating danger for them. I applaud all of our linemen and other utility workers who have put in long hours under very difficult circumstances.”