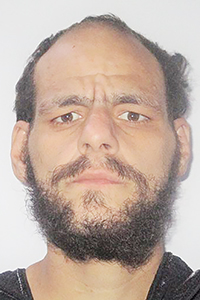 Daigle has been in the Washington Parish Jail since June 7 on charges of unauthorized entry into a place of business, possession of contraband in a correctional facility and contempt of court. On Wednesday, he incurred additional charges after reportedly being observed on camera using his hand to stop up his cell toilet and flood his cell, as well as tampering with the cell’s surveillance camera on Sunday. The new charges were brought by jail deputies who observed Daigle’s actions on surveillance camera video.

Daigle has five previous arrests in Washington Parish. In 2007, he was charged with terrorizing, simple escape, two counts of resisting an officer, introduction of contraband and criminal damage. He was again the following year on charges of entry to premises after being forbidden and failure to appear in court. This was followed by a third arrest later in 2008 on a burglary charge.

In 2009, Daigle was arrested on charges of possession of illegal drugs, two counts of burglary and four counts of theft. His fifth arrest was in 2020 for terrorizing.

“Vandalism in the jail and damage to jail equipment results in an unnecessary expense to taxpayers,” Washington Parish Sheriff Randy Seal said. “When we assumed control of the jail in July of 2012, there were three analog cameras with limited recording capability. Since that time we have expanded the number of cameras to 100 plus, all with digital recording features.

“These surveillance tools enable the jail staff to better monitor the activities of inmates in their housing units. Any inmate may be assured of additional criminal charges if he or she knowingly tampers with jail equipment.”