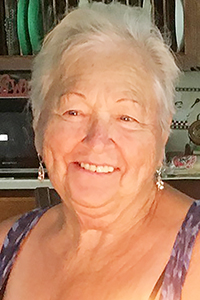 Vivian Crawford Hennesy, 79, passed away at her home in Henleyfield, Miss., on Monday, Sept. 6, 2021. She was born on Aug. 11, 1942, to Howard and Genoa Crawford in Bogalusa. She was a graduate of Bogalusa High School and Sullivan Vocational-Technical Institute.

On July 21, 1961, Vivian married the love of her life, Leonard Ray Hennesy. Besides her beloved husband, Leonard, Vivian leaves to cherish her memory a daughter and son-in-law, Benita and Brian Bush of Bogalusa; and two sons and daughters-in-law, Steve and Pam Hennesy of Franklin, Tenn., and Blake and Jodi Hennesy of Cabot, Ark. Vivian relished her role as “Maw/MawMaw” to six grandchildren, Jace White, Madison (Caleb) Ferguson, Lauren Hennesy, Ian Hennesy, Colton Hennesy and Alexis (John) Taylor; as well as three great-grandchildren, Drake White and Aria and Jansen Taylor. She also leaves behind two brothers, Ronnie Crawford and Richard Crawford.

She was predeceased by her parents, Howard and Genoa Crawford; a son, Bruce Darren Hennesy; and a brother, Albert Crawford Sr. The family is grateful to her neighbors, Gordon and Carol Kellar and Kimberly and Gary Weaver, for all of their support in recent years.

Brown-McGehee Funeral Home in Bogalusa was entrusted with all final arrangements. However, due to COVID-19, a private celebration of Vivian’s life was held by immediate family.