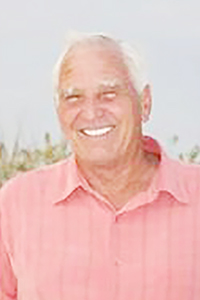 Larry would be described by anyone that met him as the life of the party, an award-level storyteller, and a one of a kind individual. A close friend fondly said, “Mr. Larry was witty, blunt, hardworking, and honest to a fault. His pride in his family was what made him.” He loved his family and friends immensely … almost as much as his duck dogs, but not even marginally close to how much he loved “Bear Dog.” He was admired and adored by his wife, children, and grandchildren. He was an active member of Calvary Baptist Church. With an unmovable faith, he fiercely loved his Lord and Savior. After his daily devotion, you could find Larry at the “Table of Wisdom” in Lake Serene Grocery, entertaining the patrons with his stories. After honorably serving in the U.S. Air Force, he applied his infallible work ethic to become a successful entrepreneur. He owned and operated Magic City Mobile Homes and had 59 years in the industry. This led him to his membership with Mississippi Manufacturing Housing Association and Sertoma International. His hobbies included duck hunting, coaching softball, and playing golf, ping pong, and pool. He led hunters each fall for 30 years as a duck hunting guide in Arkansas. The man’s skills as a softball coach, manager, and pitcher were unmatched as he created teams that could only be described as “powerhouse” groups of players. Under his leadership he led teams to two state championships and earned an invitation to the national championships.

He was preceded in death by his parents, Woodrow and Myrtis “Mert” Hathorne; and his sister, Margie Hathorne Wilks.

In lieu of flowers, please make donations in his name to St. Jude’s Childrens Hospital. Celebration of life services will be posted on the Moore Funeral Home website.