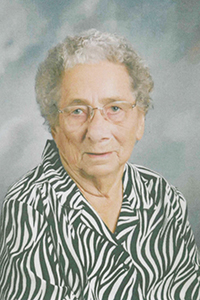 She was preceded in death by her husband, Walter Pierce O’Berry; her parents, Henry and Chinecy Rester Branch; and 10 brothers and sisters.

Graveside services were held on Saturday, Sept. 4, at 9 a.m. at Ponemah Cemetery in Bogalusa.