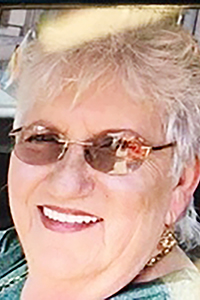 Gloria Nell was a hardworking, determined, outspoken and at the same time the most loving and generous woman. She was an independent business owner and hairstylist. She opened her own salon in 1977 called Shear Art Hairstyling which is still in operation today where she was working full time. She was a talented artist and photographer. She loved spending time with her family and animals, traveling, and organizing any event she could. She was a mentor and a rock to many. She will be dearly missed by her family, friends, and customers. Gloria touched the hearts of everyone that crossed her path.

A visitation will be held Saturday, Sept. 4, from 10 a.m. until time for the services at 2 p.m. in the Poole-Ritchie Funeral Home chapel.