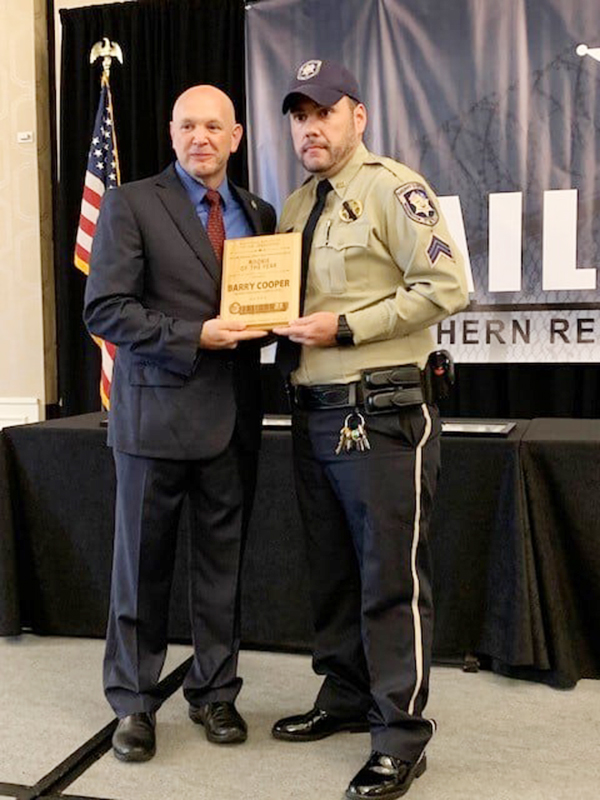 During each JAILCON conference, various jail officials are recognized for outstanding achievement in several categories, including Rookie of the Year. The individual awards are presented to the persons selected from nominations submitted from throughout the southeast. Rookie of the Year is defined as an officer who has worked for two or less years and has made extraordinary contributions to the operation of the jail.

“Sgt. Cooper has demonstrated exceptional leadership skills,” Washington Parish Sheriff Randy Seal said. “Since he came to work for us, he has shown himself to be a hard worker who upholds the integrity and work ethic that make him a valuable and trusted employee.

“A family man and graduate of the Louisiana Peace Officers and Standards Commission Academy, he has expressed his desire for a career in corrections. We are honored to have Sgt. Cooper as a member of our Sheriff’s Office team and congratulate him on receiving this well-deserved award.”