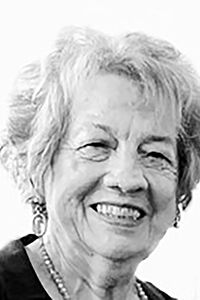 Mrs. Margaret Thigpen, affectionately known as “Shanny” and “Sweet Mama,” passed away on Aug. 16, 2021. She was an elder in the First Presbyterian Church, where she taught Sunday School and Bible School. She assisted with the Bogalusa Charm School, was President of the Civic League, President of the Camp Fire Board, Leader of Camp Fire and Y-Teens and a YWCA Board Member. She was also Ingleside President, the second Queen of MCCA in 1982, a member of M.A.S.H., a member of a number of Bridge Clubs and also a member of the Bogalusa Country Club for 50 years. She was also co-owner of the Sportsman’s Inn Restaurant and Motel.

Mrs. Thigpen was preceded in death by her father, Otis Poole; her mother and stepfather, Mr. and Mrs. Dean Pearman; her husband, William Douglas Thigpen; a grandson, Matthew Donnelly; one brother, Charles Richard Poole Sr.; and one sister, Dorothy Allred.

Visitation will be held Saturday, Aug. 21, from 10 a.m. until time for the services at noon at the First Presbyterian Church, with Dr. Jim Stayton officiating the service. Interment will follow at Ponemah Cemetery.