Kennedy, Cassidy among senators who urge Biden to reverse call on OPEC to increase oil production 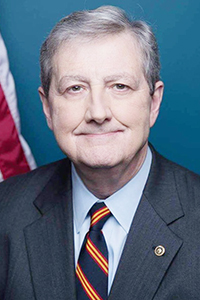 “We are surprised by your recent actions in calling on the Organization of the Petroleum Exporting Countries (OPEC) and its allies to increase oil production in response to rising gasoline prices,” the senators wrote. “Since your first day in office, your administration has pursued policies that have restricted and threatened American oil and gas development, which has had devastating consequences for American workers and consumers. It is astonishing that your administration is now seeking assistance from an international oil cartel when America has sufficient domestic supply and reserves to increase output which would reduce gasoline prices.”

“Last month, gasoline prices reached a seven-year high and are 40 percent higher than they were on Jan. 1, 2021. It is no surprise how we got here. Your administration’s domestic oil and gas development policies are hurting American consumers and workers, are contrary to an ‘America First’ energy agenda, and reinforce a reliance on foreign oil,” they continued.

“We agree with your intent to reduce the cost of gas for hardworking Americans, but your domestic policy agenda has proven to have the opposite effect and continues to threaten American jobs and family budgets. We urge your administration to revise its regulatory agenda and legislative priorities as it relates to domestic oil and gas development. The best and most effective way to reduce the cost of gasoline at the pump is to unleash clean, affordable and reliable American energy,” concluded the senators.