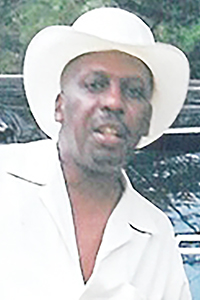 Charles E. Gutter Sr. was born on April 19, 1958, to the late Mother Daisy Mae Holmes Gutter and the late Henry Luke Martin “H.L.” He departed this life on Aug. 5, 2021, at the Riverside Medical Center in Franklinton.

He worked at the LSU Experience Station in Franklinton. He retired after 30 years.

Charles was a hardworking man who loved people, his music, vehicles, and most of all his family. He joined St. John Temple C.O.G.I.C. at an early age and then joined Light House Pentecostal Church under the leadership of Apostle Jimmy Robinson.

The funeral service will be on Saturday, Aug. 14, at 11 a.m. at Crain and Sons Funeral Home, with the Rev. Earlie Warren Jr. officiating. Interment will be in Bethel Church Cemetery.