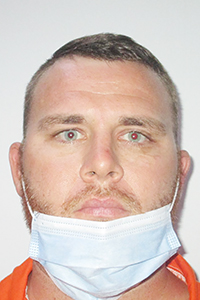 On Tuesday, Cody Williams, 31, a corrections officer and resident of T.C. Brumfield Road, was arrested by detectives with the Washington Parish Sheriff’s Office Drug Task Force. Williams was jailed on charges of possession of illegal narcotics with intent to distribute and criminal conspiracy.

WPSO officials said that the investigation revealed that Williams had been receiving large quantities of marijuana into Washington Parish for distribution purposes. At one point, Williams reportedly stated to the Mississippi Bureau of Narcotics that he was a member of the WPSO Drug Task Force, when in fact he had never been an employee of the WPSO or a member of the Drug Task Force.

“It’s so sad that a public employee would betray the trust not only of his employer but also the citizens of Washington Parish,” Washington Parish Sheriff Randy Seal said. “When we have evidence that any person is involved in the illegal drug trade, that person will be arrested, regardless of their status. Unfortunately for Mr. Williams, he made very poor life decisions and now must face the consequences.”