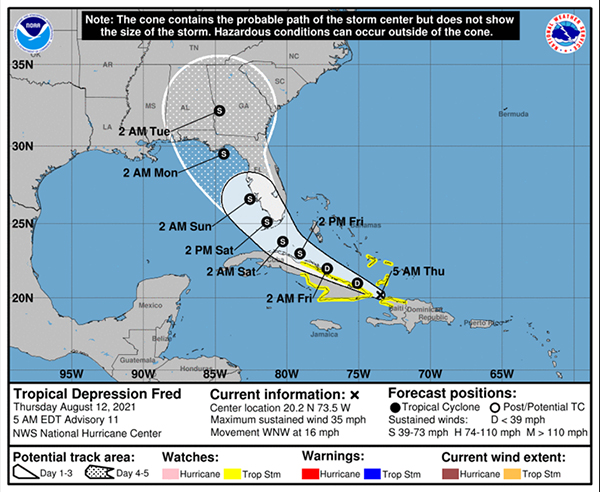 According to NWS officials in the New Orleans/Baton Rouge Weather Forecast Office, Tropical Depression Fred was moving towards the west-northwest at 16 mph. It was expected to skirt the northern coast of Cuba later Thursday and early on Friday, before turning more northwestward by Friday evening. The storm was then expected to approach southern Florida by Saturday.

NWS officials said that this system, which had been a tropical storm but was downgraded to a tropical depression as of 5 a.m. Thursday, could result in direct impacts to the northern Gulf coast region Sunday night or Monday morning.

Although the most recent track showed Fred avoiding most of Louisiana, NWS officials noted that forecasts are always changing. They urged citizens to continue to monitor the forecast for this system, and to be sure they are getting their information from reliable sources.