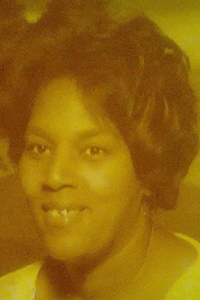 Myrtis Youngblood-Moses was born on Oct. 14, 1938, in Tylertown, Miss., to the late Eyrtis Youngblood and the late Ola Davis. She departed this life Aug. 4, 2021, at Our Lady of the Angels Hospital in Bogalusa.

Myrtis was a member of the Pilgrim Rest Missionary Baptist Church for many years under the headship of Pastor Ivy Williams. She was a member of the choir and diligently worked until she was unable to due to her health. She was the devoted wife to the late Calvin L. Moses; out of this union was born four children.

She was preceded in death by her husband, Calvin L. Moses; her parents, Ryrtis Youngblood and Ola Davis; one sister, Jennie Garvin; and one brother, Jay Garvin.

Funeral services will be held on Saturday, Aug. 14, at noon at the Pilgrim Rest Baptist Church, with the Rev. Sidney Burns Sr. officiating. Visitation will be held on Friday, Aug. 13, from 2 p.m. until 6 p.m. with a family hour from 6 p.m. until 7 p.m. at the Cook-Richmond Funeral Home in Bogalusa. Interment will be in Louis Moses Cemetery.

Cook-Richmond Funeral Home is in charge of arrangements. Sign the guestbook online at www.cookrichmondfunerhome.com.