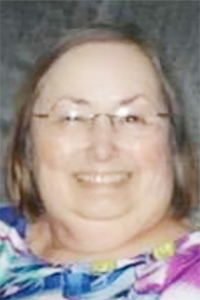 Judy Harper Toney, 72, a resident of Pine, passed away Monday morning, Aug. 9, 2021, at her home surrounded by her family. She was born on Oct. 27, 1948, and raised in Hammond. Judy worked alongside her husband and family at Bogalusa Monuments for the last 30 years, very often traveling together on all the different jobs and service calls. She was always committed to taking care of her family and raising her four daughters. Judy enjoyed watching her grandchildren in the ballgames and events that they participated in. She loved watching her favorite crime-drama TV shows and visiting with her many friends and family.

She is survived by her husband of 54 years, Dale Toney of Pine; three daughters and sons-in-law, Marcie and Jeff Varnado, and Merrie and James Singletary, all of Bogalusa, and Mindy and Charles Kelehan of Pine; grandchildren, Taylor, Jaelyn and husband Ryan, Rachel, Kelsey, Kolby, Kaleigh, Kaden, Mallory, Braden, Chase, Cain and Carlyn; great-grandchildren, Mallorie, Haisley and Talen; sister and brother-in-law, Hazel and Albert Johnson of Hammond; sisters-in-law and brothers-in-law, Faye and Sidney Gleber of Loranger, and Doug and Sandy Toney of Franklinton; and also numerous nieces, nephews and cousins.

She was preceded in death by her daughter, Missy Toney; parents, Leo Harper Jr. and Ruth Smith Harper; brothers, Gene Harper and Melvin Harper; and father-in-law and mother-in-law, Delbert and Mavis Toney.