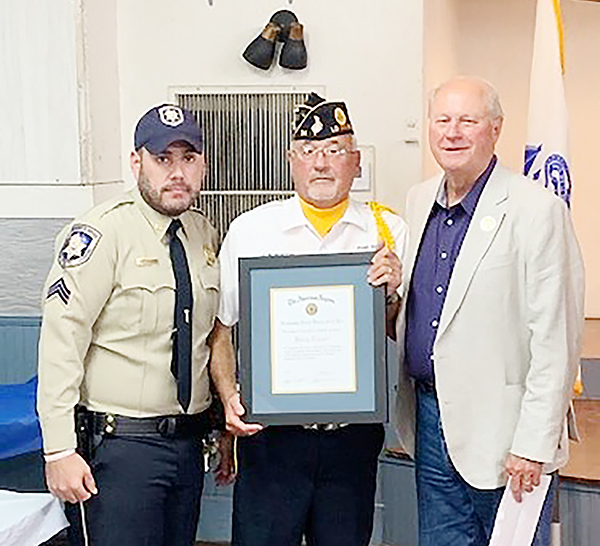 In a ceremony held at the American Legion Hall in Bogalusa, Cooper was presented a framed certificate by Legion member Jim Burdette and Washington Parish Sheriff Randy Seal.

In his comments about Cooper, Seal emphasized his dedication to the corrections mission of the Sheriff’s Office and lauded his successes in investigating crimes inside the jail and bringing criminal charges against several inmates. Cooper investigates all incidents inside the jail, including inmate on inmate assault, inmate on officer assault, contraband issues and officer misconduct. A graduate of the Louisiana Peace Officers and Standards and Training Commission Academy, Cooper has stated his intention to pursue a career in corrections.

“What a pleasure for this recognition of Barry Cooper by our local American Legion Post 24,” Seal said. “It always brings me great satisfaction to see public acknowledgement of our officers, all of whom do an excellent job serving and protecting the citizens of Washington Parish. Congratulations, Sgt. Cooper!”