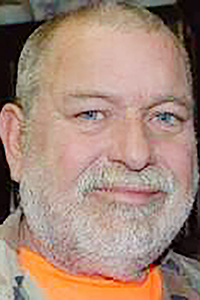 Sgt. Clifton Blackwell proudly served his country for four years in the U.S. Air Force, from 1974 until 1978. Soon after, he joined the U.S. Army National Guard, 205th Engineer Battalion, where he served for 32 years until his retirement in 2011. Clifton dearly loved his many years in the armed forces, where he was awarded several medals and accommodations for his devotion and desire to defend the people of this great country. He was best known for his quick-witted humor, his vast knowledge of just about anything you asked him, his love for the outdoors, and his devotion to his family and friends. He will be dearly loved and missed by the many people that knew him.

Visitation was held Thursday, Aug. 5, from 5 p.m. until 9 p.m. and continued Friday, Aug. 6, from 9 a.m. until time for the services at 11 a.m. Interment and Military Honors followed at the Emmanuel Missionary Baptist Church Cemetery, where he was a member. Brother Ray Meigs officiated the services. Military graveside rites were conducted by Magic City American Legion Post #24.