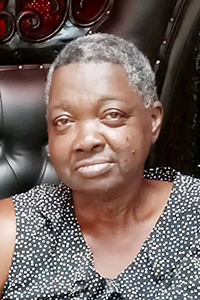 She was preceded in death by her son, Vincent Brown; her mother, Irene S. Wilson; her father, Alvin C. Brown; her sister, Irene Brown; her brother, Terrance Brown; both maternal and paternal grandparents; and a host of aunts, uncles, nieces, nephews, cousins and friends.