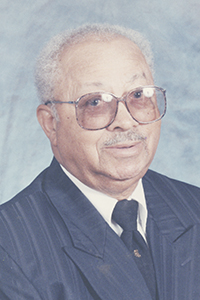 Mr. Ted, as everyone so fondly knew him, was a lifelong resident of Bogalusa. Everyone knew him as having a hotdog stand across the street from BHS football stadium with his freshly made hamburgers and his famous donuts.

He leaves to cherish his memories: his three daughters, Amy Louise Holmes-Judkins of Louisville, Ky., Ethel (Jerome) LaBostrie of Glenn Heights, Texas, and Sylvia Holmes-Myers of Belzoni, Miss.; one son, Lattiemore (Patricia) Holmes II of Bogalusa; 23 grandchildren, great-grandchildren and great-great-grandchildren; and a host of nieces, great-nieces, great-great-nieces; nephews, great-nephews, great-great-nephews, cousins and friends. He is also survived by two neighborhood girls that were like his daughters, Melba Jean Newkirk-Demus of Los Angeles, Calif., and Loretta Ratcliff-Sinclair of Newark, Calif.; two grandchildren they raised as their own sons, Charlie Oneal of Bogalusa and Eric Gerrard of Baton Rouge; and a longtime friend of the family who became like a son, Michael McClure of Detroit, Mich.

Interment will be at the Bogalusa Cemetery.

Repast will be at Pat and Lat Place on Marshall Richarson Road.