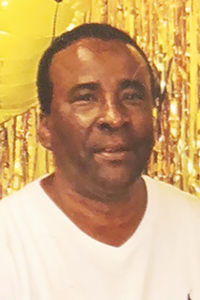 Charles was one of 14 siblings born July 10, 1960, in Bogalusa, to Celia Bell Brown Forbes and the late Arnold Lee Forbes Sr. He graduated from Bogalusa High School in 1979 and joined the U. S. Army. Charles worked numerous jobs after the military up until his retirement from Sears in Bogalusa.

The drive-through viewing will be Friday, Aug. 6, from 4 p.m. until 6 p.m. at Crain and Sons Funeral Home. The funeral service will be Saturday, Aug. 7, at 2 p.m. at Sweet Beulah Baptist Church, with the Rev. Christopher Matthews officiating.

Interment will be at the Bogalusa Cemetery.

Crain and Sons Funeral Home in Bogalusa is in charge of arrangements.