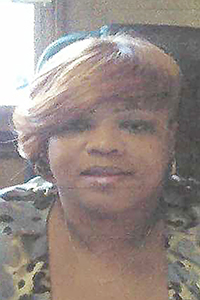 Rachelle “Angel” Godbolt Stewart was born on Jan. 11, 1969, to the late Ellis Godbolt and the late Brenda Washington. She departed this life and peacefully ascended to be with the Lord on Thursday, July 22, 2021.

Angel was a member of the Mt. Zion Baptist Church since childhood. She attended Bogalusa High School and graduated in 1987. Angel attended Southern University in Baton Rouge. She was a very smart woman and a devoted mother. Angel was an avid reader of many genres of books. Her intellect enabled her to hold different positions in the administrative office at Rest Haven Nursing Home until her health declined.

The funeral service will be held Saturday, July 31, at 11:30 a.m. at Mt. Zion Baptist Church with the Rev. Dr. Keith Cowart officiating. Visitation will start at 10:30 a.m. and continue until the time of the service.