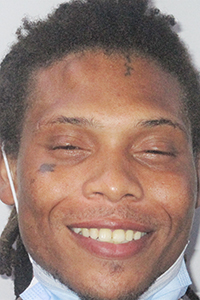 A fugitive from Eastland County, Texas, was arrested by the Washington Parish Sheriff’s Office on Monday on fugitive warrants for bail jumping and possession of a controlled dangerous substance, according to WPSO Chief Criminal Deputy Mike Haley. At the same time, he was also arrested on Washington Parish warrants for sex offenses against a juvenile, Haley said.

Haley said that the investigation into Parrish Denzell Thompson, 28, a resident of East Fourth Street in Bogalusa, began in February when the juvenile’s guardian contacted the WPSO about the juvenile’s runaway status and the involvement of Thompson. An investigation began immediately which led Washington Parish detectives to addresses in Bogalusa and Picayune, Miss., Haley said.

The juvenile eventually returned home and Thompson was located on Monday at his residence in Bogalusa. He was taken into custody and booked into the Washington Parish Jail on charges of carnal knowledge of a juvenile, contributing to the delinquency of a juvenile, second degree kidnapping, possession of drug paraphernalia, contempt of court and resisting an officer. In addition, he was booked on the Texas fugitive warrant.

“His criminal record speaks for itself,” Washington Parish Sheriff Randy Seal said. “There is only one suitable place for a 28-year-old male who is sexually involved with a minor, and that place is jail.”