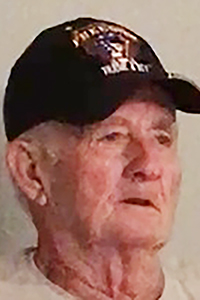 Mr. Seal was preceded in death by his parents, William Talamage and Pollie Olivia Seal; as well as his brothers, Alvin, Earl, James and Norman Seal.

Mr. Seal served his country in the National Guard, Army Reserve and Military Police. He had a lifetime love for gardening and was featured in Louisiana Gardener. He loved his wife, children, grandchildren and his dog Woody.

Relatives and friends of the family are invited to attend the visitation and funeral services at Poole-Ritchie Funeral Home on Saturday, July 17, from 11 a.m. until time for the services at 2 p.m. Interment will follow at First Baptist Church of Henleyfield Cemetery. Bro. Jathan Maricelli will officiate the services.

A special thank you to the nurses and staff of Heart of Hospice. In lieu of flowers, the family asks that a donation be made to the First Baptist Church of Henleyfield Cemetery Fund.

To visit and sign the guestbook, visit online at www.pooleritchiefuneralhome.com.