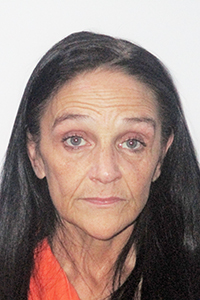 On Tuesday, a Kentwood woman was arrested in Franklinton after she was found to be in possession of several different illegal drugs, according to Mike Haley, chief criminal deputy of the Washington Parish Sheriff’s Office.

A detective with the WPSO Drug Task Force stopped her after observing her driving erratically inside the town of Franklinton, Haley said.

“Noticing she was disoriented, the detective questioned her about her driving and then obtained permission to search her vehicle and purse,” Haley said. “During the search, he discovered a variety of opioid based prescription medications for which she had no prescription. She was arrested and transported to the Washington Parish Jail.”

“A drug-impaired driver poses as much danger as an alcohol-impaired driver,” Washington Parish Sheriff Randy Seal said. “I appreciate the alertness of our detective who stopped Carver and prevented her from continuing to drive while under the influence of an illegal substance.”