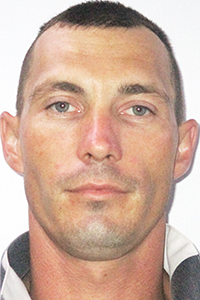 As detectives were working in the Stoney Point area west of Franklinton, they observed a motorcycle with no license plate, Haley said. Detectives reportedly stopped the motorcycle on Carroll Morgan Road and encountered Davidson, who did not have a driver’s license but did have a pistol secured in the waistband of his trousers. After receiving permission from Davidson to search his backpack, officers discovered a quantity of methamphetamine along with drug paraphernalia, Haley said.

Davidson was arrested and booked into the Washington Parish Jail charged with possession of methamphetamine with intent to distribute, possession of drug paraphernalia, and possession of a controlled dangerous substance with a weapon present.

“I don’t know where Davidson was heading with the methamphetamine,” Washington Parish Sheriff Randy Seal said. “But I suspect it was a trip focused on the illegal drugs in his possession. I appreciate the good work of our drug task force detectives.”