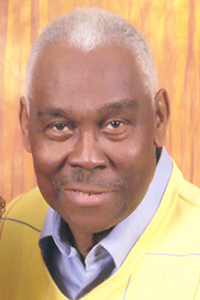 Eddie King departed this life for his home in Heaven on Sunday, June 27, 2021.

Eddie was drafted into the U.S. Army in 1962, where he served his country. He would work in the recreational field of community services, including the development of youth and programs for seniors for over 40 years in the Kansas City area and retired in 2007. In 2007, Eddie and his wife Clara moved to Franklinton.

Eddie was a devoted deacon at both Christ Temple Church in Kansas City, Kan., and Bethel Church of Christ Holiness in Franklinton, for over 50 years. He was honored with the “Man Of The Year” award in 1988 for outstanding service to his Local Church, District, Diocese and National Convention.

He was preceded in death by his mother, Verna Lee Davis (Granny); and his brother, Bill King.

The funeral service will be Saturday, July 3, at 11 a.m. at Bethel Church of Christ Holiness, with Eld. Alvin Partman, pastor, officiating. Interment will be in Bethel Cemetery.