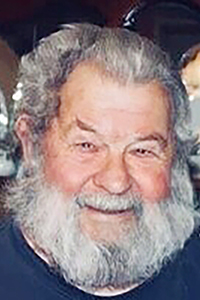 He was born and raised in Bogalusa, and grew up in the Terrace community.

He is survived by his three children, John “Joel” Ellis, Borde Nielsen and Julia (Walter) Gibbs; his three grandchildren, Brittany (Justin) Nielsen Ladner, Myra and Noah Gibbs; one great grandchild, Darci Ladner; his sister, Betty (Edward) Catha; and by many nephews and nieces.

He was preceded in death by his parents, John P. Nielsen and Louise Middleton; his brother, William “Billy Wayne” (Anne Marie) Nielsen; and his brothers-in-law, Jerry and Bruce Adams.

John Nielsen was known as Pawpaw by his grandchildren, the sweetest daddy by his children, a loving brother by his siblings, and Uncle Buh by his nephews and nieces.

John Nielsen was an avid outdoorsman who loved his children and his dogs the most. He owned and operated Nielsen’s Swamp Tours for many years. He was known for his cooking and his jokes. Laughter until tears was one of his many trademarks. He served his country in the Army branch of the military.

John’s celebration of life will be held Friday, July 2, from 9:30 a.m. until time of the service at 11 a.m. at Poole-Ritchie Funeral Home, with Masonic Rites being performed by Masonic Lodge #336 and Rev. Eric Catha officiating the service.

Interment will follow after the service at Ponemah Cemetery, with military graveside rites by Magic City American Legion Post #24.