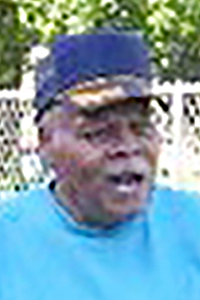 Donald attended Thirkield United Methodist Church in Bogalusa. He graduated from Central Memorial High School and worked for the City of Bogalusa for 28 years.

Visitation will be held at Thirkield United Methodist Church on Saturday, July 3, from noon until 2 p.m., with the funeral service to follow at 2 p.m. with the Rev. Nolan Robinson officiating. Interment will be at the Bogalusa Cemetery.