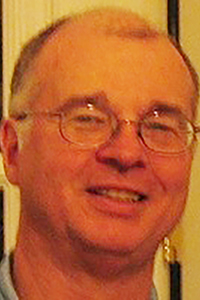 John was a graduate of Lutcher Stark High School (class of 1965) in Orange, and Lamar University. He retired as a chemical and environmental engineer from Gaylord Chemical in Bogalusa.

He was a member of Elizabeth Sullivan Memorial United Methodist Church for 45 years. A faithful Christian, he served his church in many capacities and enjoyed fellowship with the Mustard Seed Sunday school class and United Methodist Men. He was a dedicated husband, father, brother, and friend.

John was active in the community, including Rotary International, Habitat for Humanity, United Way, and Bogalusa Chamber of Commerce. He was named Bogalusa Citizen of the Year for 2002.

The family would like to thank the many friends who have prayed for John throughout his illness, visited, sent cards, brought food, and helped in many ways; a number of caregivers, including long term caregivers Jan DeSoto and Lynn Creel, who so faithfully brightened John’s life; his doctors; and the nurses, aides, and staff of Southeast Home Health.

Visitation will be held at Elizabeth Sullivan Memorial United Methodist Church (510 Ave. B, Bogalusa) on Saturday, June 26, from 10 a.m. until the service at 2 p.m. The Rev. James Moore and the Rev. Barbara Einsel will officiate. Interment will follow at Ponemah Cemetery. In lieu of flowers, donations may be made to ESM United Methodist Church, the ALS Association, or the Muscular Dystrophy Association.