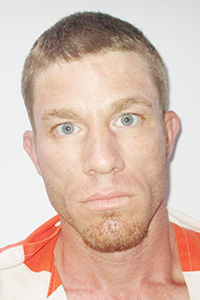 On Wednesday, June 16, detectives with the Drug Task Force entered a residence on Highway 436 and encountered Clinton Daniel Crain, 32. Haley said that Crain was found to be in possession of a large quantity of illegal drugs, including methamphetamine and marijuana, and firearms. Two minor children were also present.

Crain was arrested and booked into the Washington Parish Jail, on the charges of two counts of possession with intent to distribute illegal drugs, illegal use of illegal drugs in the presence of minors, carrying a concealed weapon and possession of drug paraphernalia. Haley said that Crain was previously arrested in 2016 on an outstanding warrant from Bogalusa and a fugitive warrant from Walthall County, Miss. 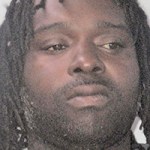 In a separate incident on Friday, WPSO Drug Task Force detectives executed a search warrant at two residences in Bogalusa — one on Ann Street and the other on Lucious Pittman Road, Haley said. Various quantities of illegal drugs were reportedly discovered, including heroin, methamphetamine, crack cocaine, oxycodone, ecstasy and THC edibles.

“Two good arrests and a large quantity of illegal drugs removed from our community,” Washington Parish Sheriff Randy Seal said. “These arrests were the result of ongoing investigations into the illegal drug trade in our parish. I appreciate the hard work of our officers and assure everyone that investigations will continue. While most of us are sleeping in our homes, our officers are working to help keep us safe.”