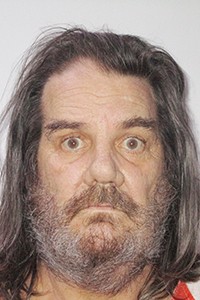 A Madisonville man was jailed on Thursday after fighting with deputies at a Franklinton hospital, according to Chief Deputy Mike Haley of the Washington Parish Sheriff’s Office.

Haley said that James K. Johnston, 59, a resident of Stone Bridge Curve in Madisonville, was combative and creating a disturbance in the hospital emergency room. WPSO deputies responded and were reportedly assaulted by Johnston as they attempted to calm him.

Johnston was arrested and transported to the Washington Parish Jail, where he was booked on charges of battery on a police officer, resisting an officer, criminal damage to property, disturbing the peace and interference with medical treatment. Haley said that Johnston has no previous record of incarceration in Washington Parish.

“Johnston obviously was a threat to the medical staff as well as to our deputies,” Washington Parish Sheriff Randy Seal said. “The only way to remedy the situation was to arrest him, and that is what they did. Johnson’s continued aggressive behavior left our deputies no choice in the matter except to escort him to jail.”